Abstract – For more than 20 years, there was no real evidence of jaguar Panthera onca occurrence in Atlantic Forest areas in the south region of Bahia state, Brazil. The species was rediscovered during a fauna monitoring study carried out at Reserva Particular do Patrimônio Natural RPPN Estação Veracel, which is a huge remnant of native vegetation surrounded by Eucalyptus spp. plantations, croplands and rural settlements. There were three jaguar records, all of them obtained on trails located inside the private conservation unit. The species was first recorded in May 2017, through a sequence of photos captured by a camera trap and subsequently by a footprint. Six months later, new images of the jaguar were taken by the Centro Nacional de Pesquisa e Conservação de Mamíferos Carnívoros CENAP team in a research designed to monitor the jaguar. 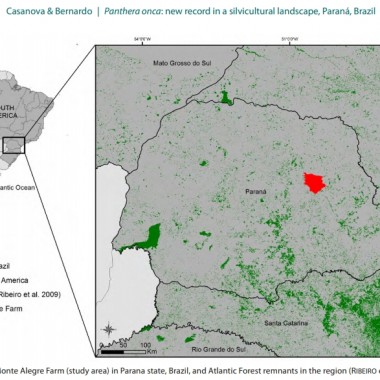 New record of the Jaguar, Panthera onca (Linnaeus, 1758) (Felidae), from a mosaic of Atlantic Forest in the Paraná state, Brazil 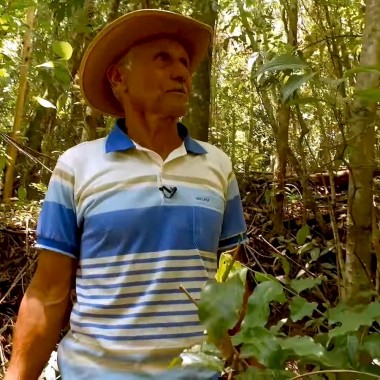 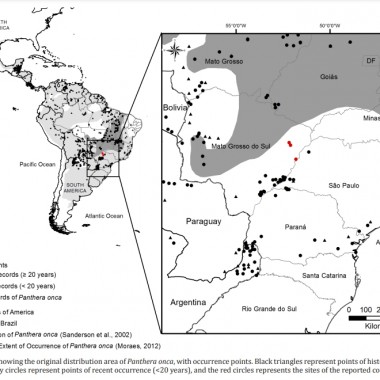